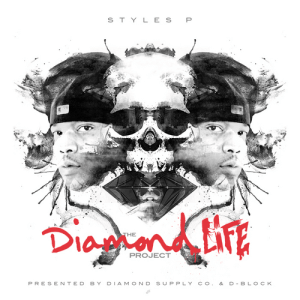 Earlier this year, Jadakiss returned to prominence with the promotion and release of his mixtape, Consignment. For years, Jadakiss has forced fans to wait on his fourth studio album, Top 5 Dead or Alive. With his next release set to be this album, Jadakiss held fans over with Consignment.

Styles P has also released mixtapes this year, though they did not receive the same amount of attention as Consignment. With Curren$y, Styles P released #The1st28, which met warm reception. Also, Styles P released Ghost Protocol, another well-received project.

As the final phase of 2012 is set to begin and summer wraps up, Styles P has another street offering in the works. Earlier today, Styles P released the official cover art for his new mixtape, The Diamond Life Project. The cover was released today and the official project will be released two days from now on August 23.