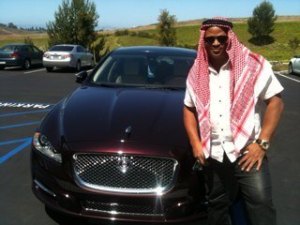 Over the past two years, 1017 Brick Squad Records has released numerous popular singles and classic mixtapes. Releases from Gucci Mane, OJ da Juiceman, and Waka Flocka Flame have come through the label. The Atlanta-based outfit has become one of hip hop’s biggest labels and Mack Drama has played an important part.

Behind the scenes, Mack Drama has guided the Brick Squad Mafia, serving as the executive president of the label. With the success of Waka Flocka Flame, it is safe to say he has done a satisfactory job. Other rising members of Brick Squad include Cartel MGM and Frenchie.

Hip Hop Vibe caught up with Mack Drama and he spoke on the day-to-day which comes with running Brick Squad, the current roster of talent, and what he has planned for the future. Mack Drama, though a successful record executive, has remained grounded, which attributes to much of his success.

How did you end up in the music industry? It’s a long story (laughs). Four years ago, I received a call from one of my daughters. I am letting the world know I have sixteen children. She told me she wanted to get in a Waka Flocka Flame video and I was like “what the bleep is a Waka Flocka.” My daughter told me she has some of the same affiliations as I do. Before music, I was in the streets, so I checked him out and he was connected to me.

I was impressed to see someone from the streets doing something positive, instead of doing wrong, which I am now against. We began working together and went on tour, I soon ended up doing a song with Waka Flocka Flame, “Bringing Gangsta Back” and we did a video together and my picture and my name “OG Mack Drama” flashed on the screen.  My son is also a businessman and he told me we could use this as an advantage, as there are few living and free OGs. I ventured into many different businesses, among them music, so I signed several artists.

Did this work with Waka Flocka Flame lead to you gaining a position with Brick Squad? I am their big homie, so they made me official Brick Squad. But, I am a leader, as opposed as a follower. I branched out and created Brick Squad Mafia. A lot of people were coming after Flocka and trying to get money for street reasons. In order to protect Waka Flocka Flame, I created Brick Squad Mafia and it became so successful, I began to sign any artist trying to get ahead. Regardless of their status on the streets or who they are, I give them a chance.

So, Brick Squad Mafia is a branch off of 1017 Brick Squad? That is correct.

What is a day in the office with Mack Drama like? Well (laughs), it’s funny, Mack Drama has an office, but does not work in one, my team handles that. I wake up, walk my dog, get my kids off to school. As a single father, I have three kids at home. I get on Twitter, go to the gym, and then I’m home with my children and on Twitter networking. On the weekend, I do events and networking, landing deals. I am 99% business and 1% music. Everyone wants me in the nightlife, I used to do it for free, but now I charge. I am based in what I call the ‘LAV,’ which is Los Angeles, Arizona, and Las Vegas. Located in the Scottsdale, Arizona area, I am close to every hot spot in the West Coast. My days are never the same, aside from talking to my artists, but I love it.

How do you feel about the current success of Brick Squad Mafia? I am proud because we came through some humps. Early in our run, someone from Flocka’s camp called us fake, many thought it would break us, but it gave us so much publicity, which has obviously been great. We have exceeded all of the doubts, doing this interview is a testament to that.

Can you tell us about the artists on Brick Squad Mafia? Okay, it’s funny, I have some talented artists. Three months ago, I signed C-Bang, who is working on his first mixtape. Brick Squad Mafia gives a chance to everyone, despite Brick Squad leaning more towards one gang over the others. C-Bang is doing real well, he is a Southern rapper, if you have heard 2 Chainz, you’ll know.

There is another artist, out of Virginia, called Fly B, who I signed as a producer, but I found out he was an artist, his music blew me away. I have another artist named Vee, she can be found by searching ‘Vee Movement.’ I feel no one can touch Vee, lyrically, his lyrics are simple, but his delivery is out of this world. He is not a part of Brick Squad Mafia, but I manage him.

I also have two white girls named Milly and Emily, who are out of Arizona. They look like white, blonde, Lil’ Kim’s and are more of a Salt-N-Pepa type thing with him. We are currently working hard together. Also, I am co-managing some members of the Coke Boys, I am a consultant for Coke Boy Brock and one of my big artists is Fatal out of Denver. He has his own label, after landing his production deal. He owns a stake in my company and I own a stake in his, he is doing very well.

I also have a joint venture on the way with a female artist, along with some artists out of DMV. In Baltimore, I have High Definite and Chicago Santana in Maryland. We have a big buzz in the DMV, they show love to the Brick Squad Mafia. To be honest, I have so many artists, we could talk for days. I have DJ 5X, who is no longer on the roster, but he is still with me. DJ Junior is 1017 Brick Squad, but he is still with me, along with DJ Hypnotize.

Personally, how have things been for you? Two months ago, I had brain surgery and was in the hospital for a month. I had a mini stroke, so I am a little forgetful at times.

What motivates you? I have a son who has been doing this way before me. I was a deadbeat dad to him, he was raised by his adpoted father. Two years ago, I reached out to him, initially he thought I wanted money, but I wanted to get on his level. In the past, I did some bad things, but I wanted to use my powers for good. I am no choir boy, but his acceptance is what motivates you, along with many other reasons. One other reason is helping people.

It seems you do a lot, what is something no one would expect from you? I speak twelve languages and I travel the world.

How did you link with Coke Boy Brock? I lived in New York City, all the rappers from that area have connections in the streets, which is where I began. One of the managers of the Coke Boys is my nephew. They knew my reputation and they saw what I was doing for other artists, so I began helping them out. My nephew grew up with all of the Coke Boys, so it was easy to put things together. I love their movement, they are all about making money and good music.

What do you have planned for the future? I plan to put together a distribution deal. I want to set up some tours. Long term, I want to become a legendary record executive. I want to control everything. The people who control the game, decide who enters. When I get on top, I will open doors for everyone, who has talent and the will to learn.