Skip to content
You are here
Home > Hip Hop News > HHV Video of the Week: DJ Khaled and Kanye West – “Wish You Would” / “Cold” 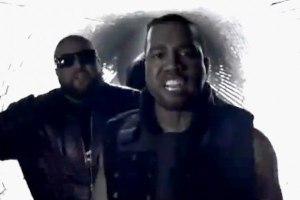 The summer of 2012 has been dominated with headlines of Kanye West and Kim Kardashian. When the news was not about Kimye, it was all about DJ Khaled and his We the Best movement. DJ Khaled finally moved his We the Best roster, which boasts the popular Ace Hood, over to Cash Money Records.

DJ Khaled has worked with Kanye West on both his Kiss the Ring album and the Cruel Summer album. Earlier this week, DJ Khaled released the visuals for both “Wish You Would” and “Cold.” The music videos for both came out and Kanye West brought Kim Kardashian out for “Cold,” in which he announced his love for Kim Kardashian.

Watch “Wish You Would” / “Cold” by DJ Khaled and Kanye West below: