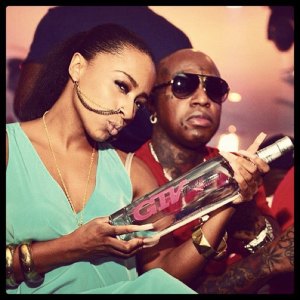 Before Young Money was what it has become, Lil Wayne had Shanell on his fledgling record label. Shanell sang the ending of Lil Wayne’s “Prom Queen” single, which was taken from his Rebirth album. At the time, it seemed as if Shanell would soon release her Young Money debut.

Instead, Young Money would add Drake and Nicki Minaj over the summer. Both rappers built strong buzzes on the mixtape scene. With both being known for their mixtapes and Lil Wayne going to prison, he issued them both 2010 album release dates. Both Drake and Nicki Minaj rose to superstardom.

During this period of time, Shanell was forgotten about the masses and did not release any solo music until her 2012 mixtape, Nobody’s Bitch. Days after the release of the mixtape, Shanell spoke with Vlad TV. During the interview, Shanell revealed she was frustrated with watching the main artists release albums while she waits, but she understands the business.