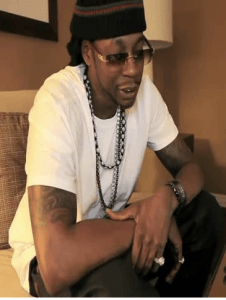 Not only is 2 Chainz the biggest new artist in the game, he is also one of the most-supported artists in the game. Earlier today, Lil Wayne revealed he decided to delay Dedication 4 in order for fans to have more time to focus solely on 2 Chainz. With his Based on a T.R.U. Story being released earlier this week, 2 Chainz is continuing his media rounds.

As many hip hop artists do, 2 Chainz visited New York City right after his album was released, visiting their radio stations. Hot 97 is arguably the biggest hip hop radio station and artists know they have made it when they speak with one of their personalities. Already, 2 Chainz has spoken with Hot 97 and he visited there again to discuss his new album.