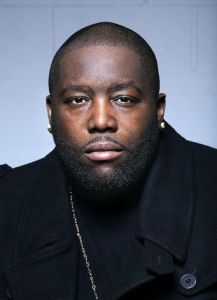 With Atlanta back at the forefront of the rap game, many of the veterans are also enjoying comebacks. Killer Mike is among the veterans who have enjoyed much success, while artists such as Future, 2 Chainz, and Ca$h Out make the current hits. During their newfound success, Killer Mike signed with T.I.’s Grand Hustle Records four years ago and has started making hits.

Big Boi has been a part of the iconic group, Outkast, with Andre 3000 for close to two decades, making a plethora of hits. In 2010, however, Big Boi signed with Def Jam and released his debut album. Once he went solo, Big Boi quickly found himself one of the biggest names in the rap game and up for several awards as a new artist.

Meanwhile, Pill signed with Warner Bros. Records in 2010 and Rick Ross added him to his popular crew, Maybach Music, in 2011. However, once his deal with Warner Bros. expired, Pill returned to his solo music. Killer Mike has been working with both Big Boi and Pill, recently speaking with Sermon’s Domain about a possible supergroup with the three artists, along with other topics, such as working with Trouble.