Skip to content
You are here
Home > Hip Hop News > Chox-Mak to release “Nine Eleven, Vol. 3: The Unexpected” on September 11 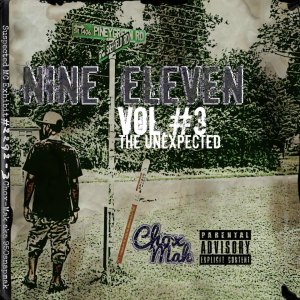 Three months ago, Chox-Mak released Nine Eleven, Vol. 2: Oxymoron LP. The project was another success for the rising emcee. Over the past year, Chox-Mak has become one of the biggest names on the mixtape level. Only miles from J. Cole, Chox-Mak represents the rising hip hop scene in Jacksonville, North Carolina.

Chox-Mak planned to release much new music throughout the summer of 2012 and has done accordingly. With several new singles out and a few mixtape releases, the popular mixtape rapper wants to close the summer with a new release. On one of the last days of summer, also his birthday, Chox-Mak plans to release Nine Eleven, Vol. 3.

Much like his previous releases, Chox-Mak will feature in-house production and collaborations with fellow North Carolina artists. The third edition of his Nine Eleven series is sub-titled The Unexpected. Chox-Mak has warned fans about his upcoming mixtape, promising it will be full of unexpected surprises. Before the actual release of the project, Chox-Mak plans to release several new singles.