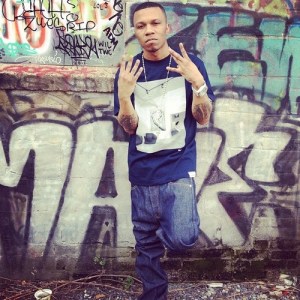 Over the past few months, Zed Zilla has enjoyed much media attention, as he toured alongside Yo Gotti on the Road 2 Riches tour. During this period of time, Zed Zilla began promoting his Rent’s Due 2 mixtape. Fresh off the release of the project, Zed finds himself one of the biggest rising rappers in the game.

Following the release of Rent’s Due 2, Zed Zilla decided to give back, as he has enjoyed much success. Zed Zilla launched the “Pay My Rent” contest, in which he would pay rent for the winner. For weeks, the competition has been ongoing, recently wrapping up.

With the winner, a woman named Janet, recently announced, Zed Zilla decided to surprise the lady. Recently, Zed Zilla had the cameras follow him as he surprised the winner of “Pay My Rent.”