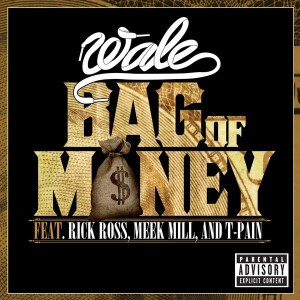 A month before the Maybach Music Group press conference, Rick Ross let the fans know Self Made 2 was on the way. The first single released from the project was “Bag of Money,” which was led by Wale and featured Rick Ross, Meek Mill, and T-Pain. “Bag of Money” would eventually be followed up by bigger singles.

However, when “Bag of Money” was released, Rick Ross conducted several interviews discussing the single. Rick Ross said the best thing a woman could look like was a bag of money. Every man wants to achieve high levels of wealth, so if a woman is looking like a bag of money, she is looking very good.

“Bag of Money” has since become a cult favorite and still one of 2012’s biggest singles and the producer of the single has gained much fame. Beat Billionaire has also provided beats for Ca$h Out and other stars. Recently, he decided to release the video of him actually putting “Bag of Money” together.