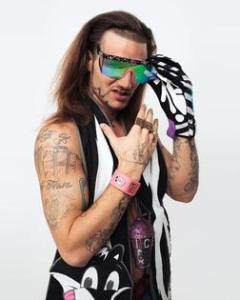 Earlier this year, Soulja Boy expanded his SODMG label with the addition of Riff Raff to the label. Upon joining the label, Riff Raff even added the ‘SODMG’ label to the end of his name. But, in recent months, Riff Raff has been without ‘SODMG’ on his name. Recently, his falling out with label head, Soulja Boy, was revealed.

While his style has not been accepted by some, Riff Raff has been a part of the resurgence of the hip hop scene in Houston. Joining SODMG movement, Riff Raff became the Houston satellite for the small independent label. Riff Raff and Soulja Boy are currently at odds and he explained why.

Riff Raff recently sat down with Vlad TV and he explained why he and Soulja Boy had their falling out. Indeed, Riff Raff has been let down by Soulja Boy, but overall he remains in good terms with the popular rapper.