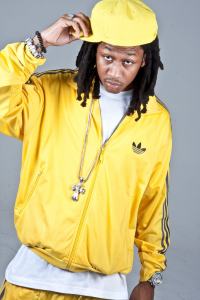 Though Miami is currently on top of the rap game, there is still much more talent bubbling under and ready to emerge. In recent months, Brenton Brown has enjoyed much success, as has Iceberg, who has been rumored to join the hometown team, Maybach Music. Rick Ross has put together an impressive string of hits over the past few years.

Iceberg has become one of Miami’s biggest artists and has, rightfully, caught the attention of Miami’s current boss. Over the past few months, Iceberg has built momentum and his fan base has rapidly expanded. There are several labels in pursuit of the Miami spitter, so Iceberg has several options in front of him.

Mikey T The Movie Star has been in Miami for the bulk of the summer. With Iceberg being nearby, the two spoke. During their conversation, Iceberg discussed the rumors of him signing with Maybach Music, explaining just what is going on.