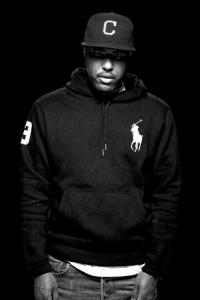 Los Angeles has returned to the forefront of the rap game, with much of the attention going to Kendrick Lamar, ScHoolboy Q, and the Top Dawg Entertainment roster. Other Los Angeles-area artists gaining momentum include Tyga, Tyler, the Creator, Nipsey Hussle, and Dom Kennedy. The latter two rappers have held discussions with Rick Ross and are rumored to sign with Maybach Music.

Several rumors about Dom Kennedy becoming the first West Coast artist on Maybach Music have surfaced over the past few months. The relationship between Dom Kennedy and Rick Ross is very strong. Before anything else, Rick Ross is a fan of the music and Dom Kennedy has respect for his movement.

Dom Kennedy recently spoke with Q104.7’s “The Rico and Mambo Morning Show.” During their conversation, Dom Kennedy addressed being an unsigned artist. Much like many other independent artists, Dom Kennedy is doing well without a record deal. However, Dom Kennedy said he would sign with a major label if he was compensated with $2 million.