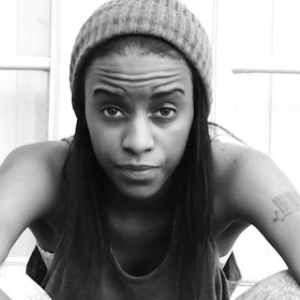 Relative newcomer, Azealia Banks, has made a number of enemies in the rap game, taking shots at everyone. Among those Azealia Banks has offended include Iggy Azalea, T.I., Lil’ Kim, Nicki Minaj, and Jim Jones. Out of the gate taking shots at people, A$AP Rocky reached out to her, asking her to tone it down.

After going through a public breakdown, via Twitter, Azealia Banks “retired” from the rap game. There are many who are turned off by Azealia Banks, but Angel Haze is not one of them. In fact, given the interview she conducted earlier today, she is actually turned on by Azealia Banks.

With bisexual lines being spit by Nicki Minaj and Frank Ocean’s proclaimation last month, many hip hop artists are more comfortable talking about sexuality. In addition to Azealia Banks, Angel Haze said she would also like to “smash” Childish Gambino. During her interview, she also discussed her new music and the video for “New York.”