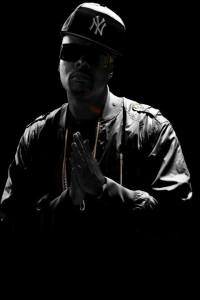 During the late 1990s, Memphis Bleek rose to fame and was expected to claim the role Jay-Z had created. Jay-Z moved Roc-A-Fella Records to Def Jam in 1997 and officially claimed the spot as the biggest emcees in the game. Taking over the crown, Jay-Z wanted to focus on his business ventures and wanted Memphis Bleek to take over as the star.

Jay-Z would forever be cemented as the star wherever he went, but he still went on to have a successful business career. While he never gained the level of fame Jay-Z did, Memphis Bleek has found much success throughout his career. Memphis Bleek has his own Get Low Records movement and he has become one of the mixtape kings in New York City.

Earlier today, Memphis Bleek spoke to Sway Calloway on MTV’s “RapFix Live.” During their conversation, they discussed numerous topics. The primary topic centered around the early days of the Roc, during the 1990s. There was a lot riding on Memphis Bleek during this period of time and many memorable stories which took place during this period.