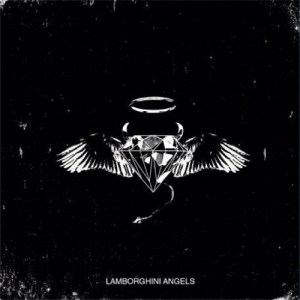 During a recent interview, Lupe Fiasco revealed he would release four singles before the release of Food & Liquor II, in September. Following the most-notable singles, “Around My Way” and “Bitch Bad,” Lupe Fiasco is preparing his latest, “Lamborghini Angels.” Today, Lupe Fiasco unveiled the artwork for the single.

Lupe Fiasco has battled his label for years, which led to a four year gap between his albums. Last year, Lupe Fiasco was among the number of rappers who enjoyed a strong comeback with Lasers. Still, the album was labeled as more of a commercial album and Lupe Fiasco intends to get back to his roots with Food & Liquor II.