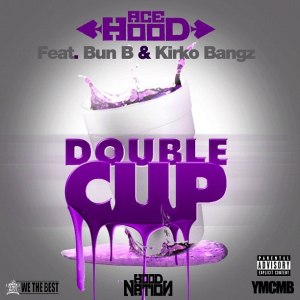 When DJ Khaled moved his We the Best record label from Def Jam over to his new home, Cash Money Records, Ace Hood was a part of the deal. In 2007, DJ Khaled was brought on as the head of Def Jam South. The deal also included the granting of a record label to DJ Khaled, which he signed Ace Hood to as the flagship artist.

Ace Hood has a number of hit singles to his name, but he has spent the bulk of his career overshadowed by such artists as Rick Ross and Lil Wayne. Now officially a part of YMCMB, the team has promised things will be different. Still in the early stages of his deal, Ace Hood has a new mixtape already in the works.

Body Bag 2 is to be released in the coming weeks. With the new project on the way, Ace Hood has released several singles. Days after signing the Cash Money deal, Ace Hood released “B.L.A.B. (Ballin’ Like A Bitch).” Now, he is preparing his latest single, “Double Cup,” which features Bun B and breakout star, Kirko Bangz. Today, Ace Hood released the official artwork.