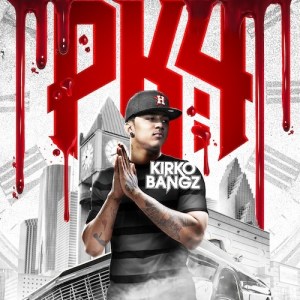 Last fall, Kirko Bangz released “Drank in My Cup” and the single would become one of the biggest songs of the first half of 2012. Kirko Bangz quickly emerged at the forefront of a resurgent Houston hip hop scene. After two successful singles, Kirko Bangz has slipped out of the spotlight.

A week ago, however, Kirko Bangz began to show signs of life. Last week, a behind the scenes clip of a new song from Kirko Bangz leaked to the internet. Featuring the popular French Montana, the name of the song is “Walk on Money.” Kirko Bangz soon revealed the song was off his new mixtape, Procrastination Kills 4.

Until today, the release date and artwork for the new mixtape had not been revealed, but more information has been released. Kirko Bangz has released the full audio of his single, “Walk on Money.” French Montana shares a bit of the spotlight with Kirko Bangz on his new single, but Procrastination Kills 4 will star Kirko and Kirko only. The mixtape is due on August 20.

Listen to “Walk on Money” by Kirko Bangz ft. French Montana below: