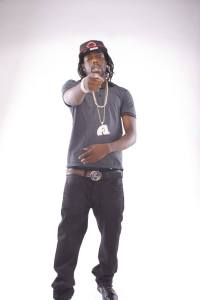 Last year, Future shot to stardom, immediately earning the support of many of the biggest names in hip hop. Though his buzz would be eclipsed by fellow Atlanta rapper, 2 Chainz, Future has still been one of the bright spots of the “New Atlanta” hip hop movement. This spring, Future released his debut album, Pluto, and is now introducing Young Scooter.

Future enjoyed a proper introduction to the game last year and this year, it has been Young Scooter’s turn. With Future making himself into a star, Young Scooter has benefitted. Young Scooter has also built his own name, quickly turning into a star. On the verge of becoming a breakout star, Scooter recently provided insight into who he is and what he has coming next.

Young Scooter recently sat down for an interview with DJ Smallz. During the interview, he explained his relationship with Future. He would also discuss Future’s recent success, answering if he was surprised at all by it. The two have built a strong relationship and Young Scooter is currently gearing up for his own run.