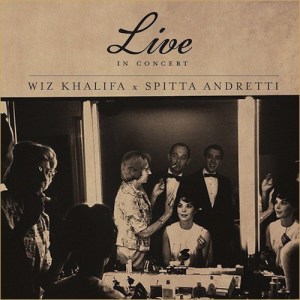 Both Wiz Khalifa and Curren$y have dominated the mixtape game for years. In recent years, however, the emcees have gained popularity through their major label albums. Recently, Curren$y released his album, The Stoned Immaculate, and is fresh off a mixtape release. Meanwhile, Wiz Khalifa has a new album on the way.

Three years ago, before Wiz Khalifa was being courted by labels, he and Curren$y released a joint mixtape, How Fly. At the time, Curren$y was fresh off his stint with the newly-popular Young Money. Wiz Khalifa, on the other hand, was in the middle of putting the Pittsburgh hip hop scene on the map.

In five days, Wiz Khalifa and Curren$y will release another collaborative effort in the form of Live in Concert. The mixtape will be released on the exact same day as their previous effort, How Fly. On August 9, 2012, the Warner Music Group artists will return with their new mixtape.