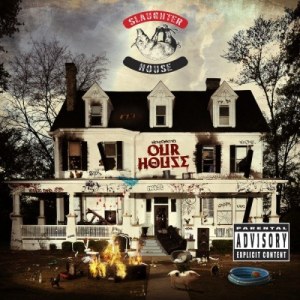 Two years have passed since Slaughterhouse signed with Shady Records. From their inception, many expected Eminem to sign them. Instead, they signed with Koch Records (currently known as eOne Music). With Koch, they released their self-titled debut album in 2009.

In 2010, Slaughterhouse officially signed with Shady Records and the foursome, which includes Joe Budden, Royce da 5’9, Joell Ortiz, and Crooked I, began working on their Shady debut. The group released several songs in 2010 and 2011, without releasing an album. Early in 2010, they introduced welcome to: OUR House.

The group went on tour in promotion of the album, which has been delayed from its original May release date. Also missing June and July release dates, the album is currently set for an August 28 release date. The album is to feature Eminem, Busta Rhymes, Swizz Beatz, Skylar Grey, and Cee Lo, among others.