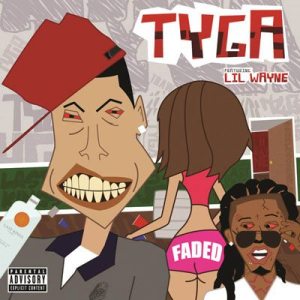 Young Money may not be making the same type of noise as friendly/not so friendly competitiors from Maybach Music and G.O.O.D. Music, but they continue to make moves. Early this year, Tyga picked up where Drake left off, releasing new music, leading up to his Careless World album. The album was filled with hits.

After “Rack City,” Tyga delivered his fourth single, “Faded.” Featuring Lil Wayne, the song quickly became a major hit. The song was released in the opening days of 2012, in January. By the spring, the music video had been released and the visuals became staples on both television and internet.

For all their trouble, Young Money earns another platinum plaque. Tyga is the lead artist this time, though. However, Lil Wayne has yet another platinum hit to his forever-popular name. “Faded” peaked at number 33 on Billboard Hot 100 earlier this year.