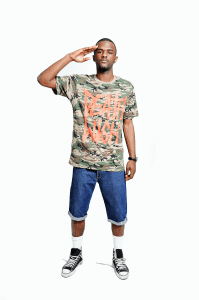 The overall North Carolina hip hop scene is a buzz, since the success J. Cole has found. Rello is among the rising North Carolina rappers. Over the past few months, Rello has become one of the more popular rappers on the mixtape scene. Recently, Rello released his new mixtape, Military Kids, which has been a success.

Military Kids has been well-received by fans. One of the notable songs off the mixtape was his “3 Strikes” single. The single has done very well, as the laid back style has become infectious. Rello has experienced much success through the single. With the single still building buzz and the mixtape already out, Rello hopes to keep himself going strong.

Rello recently added visuals to his music video. A few days ago, the “3 Strikes” music video was released, bringing the popular song to life. In the music video, Rello and his Green Gang crew are front and center. “3 Strikes” has been making quite the impression on the internet, being shared by fans on social networking sites, further building Rello’s name.

Watch “3 Strikes” by Rello below: