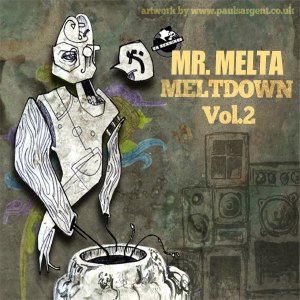 Hip hop has become very dominant in the United Kindgom. Among those who are building large fan bases is Mr. Melta. Over the past few years, Mr. Melta has released several successful mixtapes and street albums. On his latest project, Mr. Melta has teamed up with UK Runnings.

UK Runnings is one of the longest-running mixtape series in the United Kingdom and the popular Cambridge City rapper, Mr. Melta has partnered with them for his latest mixtape, Meltdown, Vol. 2. Mr. Melta also teamed up with fellow popular rapper, Tricksta, for his new project. Tricksta has made a name for himself too.

Mr. Melta has many collaborations on his new mixtape, including Kosh, Zed-I, Offcut, and Slang Immaculate, among others. Already, the music from this project has found its way to internet radio. In the United Kingdom, Mr. Melta finds himself on all the popular hip hop media outlets and is clearly hip hop’s next big thing.