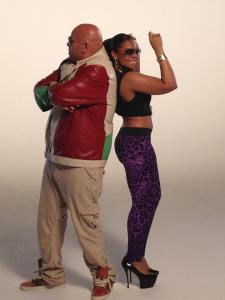 For years, Fat Joe has remained popular in New York City. Throughout the 1990s, Fat Joe was one of the biggest New York rappers in the game. But, despite collaborations with LL Cool J, Diddy, and others, Fat Joe’s fan base outside of New York was small. However, his friendship with rising mogul, Irv Gotti, proved to be beneficial.

Irv Gotti rose the ranks at Def Jam, becoming a top executive and the head of his own label, distributed by Def Jam, Murder Inc. The label was home to Ja Rule, who went on to become one of the biggest rappers in the game. Setting all sorts of records for Def Jam, Ja Rule made numerous hits with Ashanti.

On his 2001 album, Jealous Ones Still Envy (J.O.S.E.), Fat Joe recruited Irv Gotti for production on his album. Fat Joe had already enjoyed the breakout hit, “We Thuggin’,” with R. Kelly. He would follow this up with “What’s Luv?,” which featured Ja Rule and Ashanti. Produced by Irv Gotti, the song remained in the top five throughout the first six months of 2002.

Fat Joe has gone through numerous changes over the past ten years. The most notable changes include his figure, Fat Joe has slimmed down quite a bit. Still, Fat Joe remains a hitmaker, fresh off the release of his “Pride N Joy” single, which features many of the top entertainers in the game, including Kanye West. In the music video is Ashanti, while she does not sing, she makes a cameo for old time’s sake.