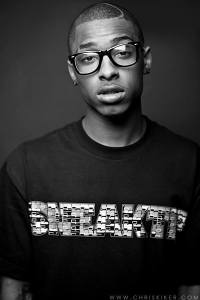 Late in the winter of 2009, The New Boyz introduced the new art form of “jerkin'” to the hip hop world. The group’s lead single, “You’re a Jerk,” went on to become one of the first hits of 2009. Due to the style of that song, however, many have categorized The New Boyz as a pop style rap group. But, there is much more to what meets the eye.

Ben J has become the voice of The New Boyz, making his media rounds and preparing his own solo movement. While The New Boyz have gone away from music to focus on films, Ben J has his new solo mixtape coming soon. Recently, Q the Question spoke to Ben J about the new projects he has in the works.

During this interview, Ben J spoke on what he has planned, aside from his work with The New Boyz and his own rap style. While he can do the “jerkin,'” Ben J has revealed there is much more to him than that. Ben J revealed he is very versatile, being able to make the type of music Kendrick Lamar and the rest of Top Dawg Ent. When asked about the Lil B movement, Ben J was unimpressed and he also spoke on Game’s fight with 40 Glocc.

Continue Reading
You may also like...
Related Topics:40 glocc, ben j, game, kendrick lamar, lil b, q the question, the new boyz, you're a jerk