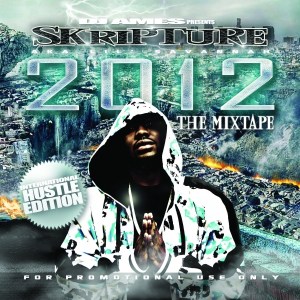 DJ Ames is becoming one of the biggest DJs in hip hop. Well-known through his mixtapes, the United Kingdom DJ has gone international. With this international appeal, DJ Ames has become a favorite in the United States. Several hip hop artists from the South have reached out to DJ Ames.

Skripture a.k.a. Lil Savannah, of Savannah, Georgia, is among the Southern artists who have worked with DJ Ames. Currently, Atlanta is the primary hip hop city in the state of Georgia. However, Skripture is among many introducing the Savannah hip hop scene.

Back in July, Skripture teamed up with DJ Ames and he hosted his2012: The Mixtape, which went on to be highly successful. The project features such popular songs as “Savannah Go Crazy.” Skripture and DJ Ames both have additional projects in the works.