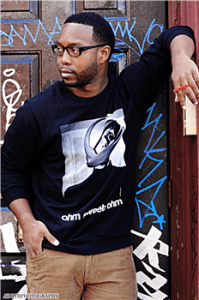 There is a plethora of new artists emerging from Chicago and among the popular mixtape rappers include Neak. Much like many of the independent artists out, Neak has continued releasing new songs and videos, gaining traction. Interest in Neak has risen and many have come to see him as one of the future stars in the rap game.

Earlier this year, Neak released his “Undefined” single. The single was taken off his project, which was released a few months ago, Love Greater / The Prequel. Met with strong reviews, the project propelled Neak into higher levels. Neak has continued to become bigger in the hip hop game, as he has caught the attention of many.

“Undefined” has become quite a popular single. With the song gaining popularity, a couple of days ago, Neak put the visuals behind the song. The official music video for “Undefined” has been out for a few days now, making its Hip Hop Vibe debut today.

Watch “Undefined” by Neak below:

Rick Ross album release party at Perfections in New York City [VIDEO]
Behind the Scenes: Bow Wow – “We in the Club”