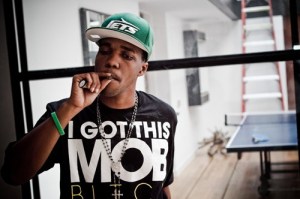 New Orleans currently finds itself right behind Miami in terms of hip hop popularity with Lil Wayne, Curren$y, and Jay Electronica and more headlining. Curren$y has had an impressive run, at one point being signed to Cash Money Records. Over the years, he has had the opportunity to watch hip hop’s biggest moguls at work.

Curren$y first began to gain national attention when he joined Lil Wayne’s Young Money in 2005, appearing on Tha Carter II. During his time at Young Money, he had a chance to see Lil Wayne in action. Often overlooked, Lil Wayne has become one of hip hop’s top executives. The “Hot Spitta” also had the chance to work closely with Birdman.

Over the years, Curren$y has also had the chance to work with one of the first true hip hop moguls, Master P and Damon Dash, who reigned supreme in the 1990s and early 2000s. Curren$y spoke on this during the latest edition of his interview with AllHipHop.com.