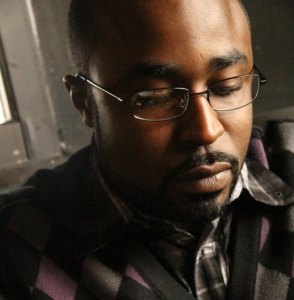 Eight years ago, Young Buck watched his dreams come true, as he gained stardom as a member of G-Unit. The entire G-Unit roster was built from artists who had been either shunned from the industry, or buried on the roster of other labels. 50 Cent had overcome being blackballed and Young Buck was a member of Cash Money Records during their run in the 1990s.

However, Young Buck found himself one of the biggest rappers in the game and a popular hitmaker. By the end of 2004, Young Buck was also able to call himself a platinum rapper. However, in 2005, everything would come crashing down for Buck, as his popularity, along with G-Unit’s waned. Young Buck would release his sophomore album, Buck the World, in 2007, but the sales were relatively low.

Before the end of 2008, Young Buck made his issues with 50 Cent public and soon began working with the original G-Unit outcast, Game. Currently, Young Buck finds himself no longer on G-Unit Records and facing a year and a half in prison. Recently, he agreed to sit down with XXL for a two-part interview in which he will discuss everything which led to what has happened. During the first part of his interview, Young Buck discussed the upcoming prison sentence and what he calls “tough love” from 50 Cent.

While he does not regret the spending he did, taking his mother out of the projects, celebrating his success, and providing a better life for his children, Young Buck admitted he could have done things differently. The big spending is what led to the IRS audit and auction, which led to his gun being found, after accepting the felony for the stabbing at the 2004 Vibe Awards. Eight years after the stabbing, the Tennessee rapper admitted he did not know the charge he accepted. Young Buck stated he and 50 Cent had the same business manager, but he parted ways with 50 Cent and stopped working for Young Buck when his feud with 50 Cent started, leaving him hanging.