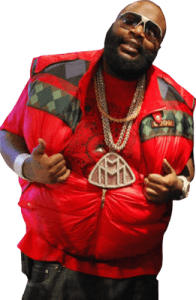 The official release of God Forgives, I Don’t has solidified all the work Rick Ross has put in over the past year. In 2010, Rick Ross proved he could be one of rap’s biggest stars. He followed in 2011, proving he could run a successful record label. Also, Rick Ross intended to continue his run on top of the rap game with God Forgives, I Don’t, but health issues hindered this from happening.

Rick Ross faced numerous delays, but today, Def Jam officially released God Forgives, I Don’t and the album has lived up to the hype. Before an album was even in the works, Rick Ross was making his media rounds, touring, and appearing on numerous tracks. With everything he has done, Rick Ross has been the scene stealer, now he is the star of the show.