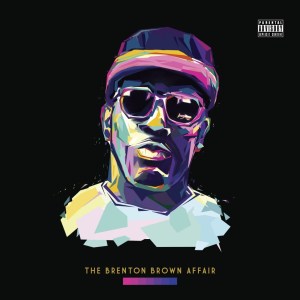 Miami hip hop has been receiving media attention for some time, but there is someone aside from Rick Ross and Poe Boy making noise. Brenton Brown has made a name for himself, as a completely independent artist. Brown has several mixtape releases under his belt and decided to put together an album, of sorts.

Thus, The Brenton Brown Affair began to come to life. A perfectionist at heart, Brown has taken his time putting this project together. For close to a year, listeners have waited on Brenton Brown to release his new project. Weeks ago, Brenton Brown released “A Chick Named Music” with Joe Budden and Jaiden the Cure.

Brenton Brown also had the opportunity to work with Emilio Rojas, featuring him on his second single, “To The Top.” Yes, Brenton Brown had two big name features on his project, no they did not steal the spotlight from him. While, regionally, Brown is considered a Southern rapper, but listening to him does not evidence this.

Following the same trail as J. Cole, Jay Electronica, and Big K.R.I.T., Brenton Brown focuses more on overall lyrics than the traditional Southern rap topics. The Brenton Brown Affair highlights this on such tracks as “Perceptions,” which channels mid-1990s hip hop, making older hip hop fans think back to Reasonable Doubt Jay-Z. Brenton Brown shows his versatility on his new project, as he goes from lyrical to party/pop at the snap of a finger.