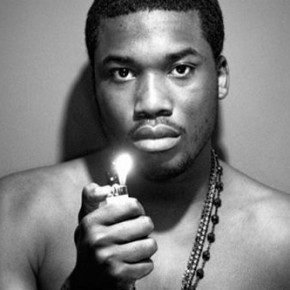 Often, Meek Mill speaks about his first record deal with Grand Hustle. When Meek Mill initially signed to the label, T.I. was in prison. Soon, T.I. was released from prison and ready to work, when Meek Mill was sent to prison. Upon Meek Mill’s release, T.I. was headed back behind bars, leading to Meek Mill returning to the mixtape scene.

Meek Mill continued to release popular mixtapes, becoming Philadelphia’s most-popular artists and gaining national attention. Among those who were paying attention to Meek Mill was Rick Ross. After sending him messages on Twitter, Rick Ross added the young rapper to Maybach Music.

In the time since then, Meek Mill has become one of the biggest names in hip hop and a fixture on BET and MTV. While Meek Mill now has fortune and fame, he still has mandatory court dates. During his most-recent trip, Meek Mill was confronted over his lyrics in “The Ride,” where he calls the D.A. a bitch. The judge ordered Meek Mill to not mention the D.A. again.