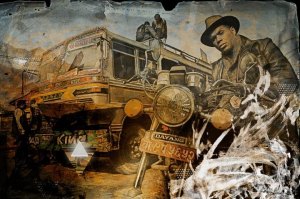 Jay Electronica also hails from the South, New Orleans to be exact, though he sounds more like a New York City artist. Recently, Jay Electronica revealed his album is actually close to being completed. So far, collaborations have been revealed with his label head, Jay-Z, Diddy, Kanye West, and others. The album appears to have the makings of a classic, but the release date has been forever looming.

Recently, Jay Electronica took to his Twitter to reveal the track listing for his new album, Act II: Patents of Nobility.