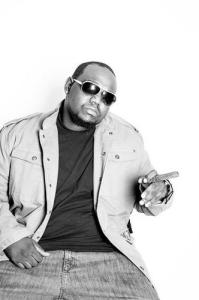 Charlotte is quickly becoming a hotbed for hip hop, as many of the biggest names in hip hop frequent the city and the city is full of rising stars. Among the rising Charlotte rappers is P.O., who recently released his new mixtape. Titled Tha Life, the mixtape has done relatively well and has helped to increase visibility for P.O.

In an effort to generate more interest in his movement, P.O. has been releasing singles off the mixtape and performing throughout North Carolina, Georgia, West Virginia, and other states. One of the biggest singles off Tha Life has been “Video Vixen.” The song features P.O. rapping alongside rising singer, Kayo Da Lambo.

Earlier this week, P.O. released the music video for “Video Vixen.” The song has been doing well and the visuals have served to enhance the reaction to the music. P.O. is obviously enjoying himself as he indulges in a popular hip hop topic. “Video Vixen” is rising to become one of the most popular underground hip hop songs of the summer.