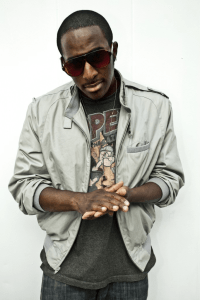 Much new life has been breathed into hip hop. One of the newer rising stars in the game is Miami rapper, Brenton Brown. In only a few short years, Brenton Brown has built a large fan base through his mixtape releases. As it currently stands, Brenton Brown is working on his upcoming EP, the personal, The Brenton Brown Affair.

Brenton Brown stands out in a Miami hip hop scene, which has been influenced by Rick Ross over the past six years. While Rick Ross finds himself the most popular rapper in the game, and from Miami, there is room for new talent. Brown is quickly rising in popularity, becoming known in and out of Miami, as he has tracks with Joe Budden and Emilio Rojas for this new project.

The Brenton Brown Affair, as stated by Brown, will be the project full of songs that will remain with the listener throughout the summer. With the warm weather and everyone traveling, Brenton Brown decided to release his project now to embed it in the listeners’ mind. Hip Hop Vibe had the pleasure of speaking with Brenton Brown about his new release.

Other than Joe Budden and Emilio Rojas, who will be featured? Miami emcees QuESt, Ghostwridah, and Nick London, Ess Vee from up North, and Tampa’s Young Joe, along with a few other upcoming names.

What led to your collaborations with Joe Budden and Emilio Rojas? Strictly the want for their respective energies on a record, I reached out to Budden’s people, both he and they, peeped the track and the rest is history. Emilio was also a dope acquisition for the project because he brings that raw nerve to any song he jumps on, I had to harness that.

There have been rumors of Emilio Rojas signing with Maybach Music, since you are a Miami guy, would you consider signing with the label? MMG is a great coalition of artists. If the opportunity positively presented itself, then yeah, I’d be all about signing with them; but to be even more honest, I already have a specific label in mind.

Are you a fan of the Rick Ross-led Maybach Music movement? Oh hell yeah! Remember when Rick Ross appeared on a single with Trina back on the “All About the Benjamins” soundtrack? Nobody was checking for him then, now he’s everywhere. If that’s not inspiring progress, I don’t know what is.

How do you feel about the current shape of rap music? I feel like it’s coming back to the lyricists. The new age of artists like Kendrick Lamar, J. Cole, Drake, Logic, Phil Ade and the like are getting back to painting pictures, telling stories and delivering I’ll wordplay over even doper beats. I’m ready to compete in this game.

As an independent artist, how do you deal with the headaches, which come along with the success? First and foremost, there’s no magic way to do anything. Before success comes hardship, that’s just how it goes. If you give up when things get hard, you didn’t really want it want it that bad in he first place.

So far, what would you consider to be the greatest moments of success? Performing at SxSW and meeting some of my favorite artists including Kendrick Lamar, Wale, and others. But my all-time greatest moment of success so far was performing in front of 50,000 people at the University of Florida and shutting it down. That was the moment I knew I wanted to do this!

On The Brenton Brown Affair, what can fans expect from you, in terms of growth? Better song arrangement, more lyrics from the heart, a little more insight into my life and just more fun. I’m still growing, but I’m getting more comfortable.

What is the inspiration behind this new piece of work? Simple. I wanted to create a project that speaks to everyone, but at the same time, gives you an idea of who I am. If that sounds vague, I apologize, but it’s the truth.