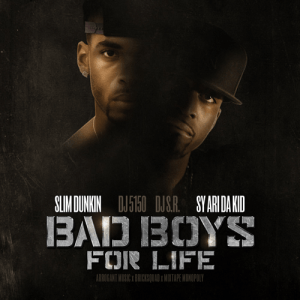 Last December, Slim Dunkin was murdered in Atlanta by a fellow rapper. A member of Waka Flocka Flame’s Brick Squad Monopoly, he was preparing 2012 to be a major year. While he has gained fame, it has been for the wrong reasons. The entire Atlanta hip hop scene has come together in his memory.

Atlanta is in the midst of a major comeback on the hip hop scene and Slim Dunkin was a major part of this. Another rapper in Atlanta on the verge of superstardom is rising emcee, Sy Ari Da Kid, who is featured on Bad Boys For Life. The mixtape is another dedication to Slim Dunkin.

Bad Boys For Life features tracks from Sy Ari Da Kid and Slim Dunkin. In Atlanta fashion, the project is hosted by DJ 5150 and DJ S.R. Sy Ari Da Kid has many new projects planned for 2012 and beyond. DJ S.R. is one of the fastest-rising mixtape DJs in the hip hop industry, adding Bad Boys For Life to the mix.