Skip to content
You are here
Home > Hip Hop News > No Malice to appear at 2012 All Access Music Conference, signing his new book 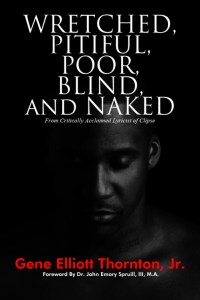 Over a decade ago, No Malice (as Malice) rose to fame with his brother Pusha T, as The Clipse. The duo made hit records and gained fame rapping about the drug trade. Among their biggest hits is the 2002 single, “What Happened to that Boy?” While the song was about violence, No Malice was looking for change.

Following the release of their third album, No Malice encouraged Pusha T to embark on a solo career, as he wanted to do another album as The Clipse. This encouragement led to Pusha T signing a deal with Kanye West’s G.O.O.D. Music. The deal is paid off and Pusha T is in the midst of recording his debut album.

Pusha T began his solo journey in 2011 and No Malice was there, cheering him on. Now, No Malice is embarking on his own solo career. Before he returns with new music, No Malice wrote a book and is currently pushing it, Wretched, Pitiful, Poor, Blind, and Naked. No Malice will be attending the 2012 All Access Music Conference in promotion of this book on August 4.