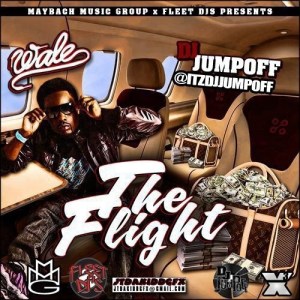 Rick Ross has constructed the most-productive record label in the rap game with his label, Maybach Music. Over the years, Rick Ross has become the biggest rapper in the game. With his own increase in popularity, Rick Ross used his influence to add members to his Maybach Music team.

One of those big additions was Wale, who released his successful Ambition album late last year. Other members of Maybach Music include DJs, such as DJ Jumpoff, who has become one of the hardest-working members of the team. Recently, he released his mixtape, Maybach Music, Vol. 1.

After doing a mixtape compiling songs from the entire roster, DJ Jumpoff puts together a compilation of songs by Wale. These songs consist of recordings which have been put together after Wale signed with Maybach Music. DJ Jumpoff has named this project The Flight.