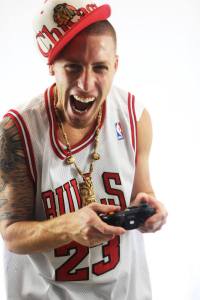 Before Rick Ross, however, it was Trick Daddy who brought Miami to the forefront. Bezz Believe is having the same impact on Orlando. Though he was born in Phoenix, Arizona, Bezz Believe has spent the bulk of his life in Orlando, living in Miami and other Florida cities, also. Over the past few months, the Orlando emcee’s buzz has been building.

The head of his own, Doing Big Things Entertainment, Bezz Believe has enjoyed much success over the past few months. With his music and videos appearing on several hip hop websites, Bezz Believe is watching as more people discover his music. Bezz Believe has continued to release music and more attention is being placed upon the growing hip hop scene in Orlando.

Will Lil’ Scrappy finally become the hip hop king of Atlanta?
Who’s Got Next?… Bullet Brak