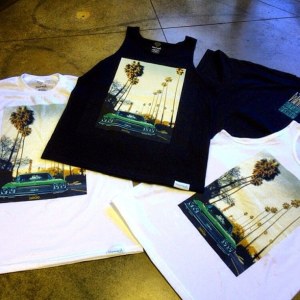 Popular West Coast hip hop collective, Strong Arm Steady, has enjoyed much success over the past five years. Until last year’s emergence of such West Coast newcomers as Kendrick Lamar and Tyler, the Creator, Strong Arm Steady was among the only known newer acts from Southern California. As these newer artists, along with Young Money’s Tyga, have gained success, they have remained relevant too.

In addition to their music, Strong Arm Steady has a new clothing line in the works, as they have partnered with Diamond Supply Co. Their limited edition t-shirt line will be released to the public at noon today on Diamond Supply Co.’s official website, diamondsupplyco.com. The shirts will also be available at the Diamond Supply Store in Fairfax, California.