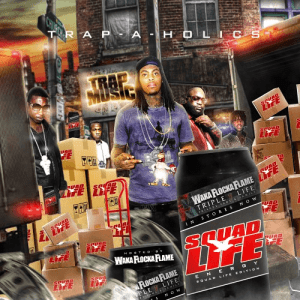 During this brief hiatus, Waka Flocka Flame is lending a helping hand to one of the people instrumental in his growth. Trap-A-Holics has longtime been a force in the mixtape game. Throughout the years, Trap-A-Holics has worked with both big and unsigned names on mixtapes.