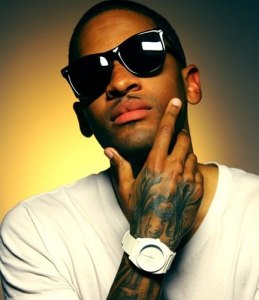 The Bay Area has watched a number of stars emerge over the years, most recently Lil B, who gained infamy over his 2011 album. In addition to Lil B, the Bay Area has also produced rising star, Luveerd. While he is a native of San Francisco, Luveerd has been all over the world, as he is also in the military.

Luveerd has had the opportunity to travel the world through the military, recording music the entire way. This unique experience and his own Belizean background has made Luveerd into a different type of artist. A hard worker, Luveerd has built up quite a resume, having the opportunity to network with Bay Area legends.

Among the legends Bay Area has rubbed shoulders with includes Sway Calloway, Cali Swag District, Clyde Carson, Shock G of Digital Underground, Loverance, and Mistah Fab. For Luveerd, it is more about the quality than the shock value of the name. Hip Hop Vibe had the opportunity to get to know Luveerd, discussing his past and his future.

How do you blend your background into your music, which includes Belize? Some of the music I am currently working on in the studio has a Punta Rock bounce and rhythm. Punta Rock is a sound that is rooted within the African descended Belizeans and highly popular in the country.

Doing what you do obviously makes you a man of action, when did you begin taking action and recording music? I started recording music at a professional studio in 2005 while I was stationed in Germany, via the US Army. I collaborated with a few local hip-hop artists in Nurnberg for four years after.

Being from the Bay Area and a rapper at that, how do you separate yourself from the “Hyphy” movement? While the Hyphy movement emerged, I was mobilized in Iraq. I never was or had the opportunity to be affiliated with that movement.

You have released several EPs, when will you put out an album? The first Extended Play I released was in Germany and in Germany only. This was back in 2007. I was discharged in 2009 and by 2010, I had released the “Candy Drops” record on iTunes. Later that same year, we shot the “Candy Drops” music video and released the music video on Worldstar. The Follow Me E.P. came shortly after that.

As an independent artist, how are you going about managing your career? Right now, I’m seeking solid professional management. I guess you can say the discipline that was instilled in me serving our country has helped out a lot. My organization, and self-management skills has contributed to my independence greatly. I can be very assertive because of my life experiences and this can be the gift and the curse at times.

Have you had the opportunity to meet any established hip hop stars? Yes. Cali Swag District, Clyde Carson, Shock G of Digital Underground, Sway of MTV, LoveRance, and Mistah Fab just to name a few.

Representing the lyrical faction of hip hop, how do you feel about the others who are, well, lyrically challenged? To me, it seems like just popularity is the trend for this new generation of hip-hop today. I’m really into the lyrically content in the artist I like listening too. I strive everyday I write to be come a dope lyricist. I am not into basic delivery with no substance and banging beats. I feel it’s the combination of both great lyrical content delivery and that makes a M.C. great or Legendary.

Now speaking on Follow Me, how do you feel the reaction has been towards the project? I’m still growing my brand, but the reactions that I have been getting, have been good. I’m just blessed that the ones who do listen to my music love what they hear.

Have you began working on the follow-up to the album? I have no plans for an album, at this point. We are putting together a follow up Extended Play late this year or early next. And my “Take Yo’ Time” record will have placement on that one for sure.

Can you discuss the support you have received from your fans? I love the support I receive from my following. The interaction is positive and motivational for me. They remind me everyday I am not the only one who feels this way in my music.

What do you have planned next, as the second half of summer has begun? Putting together this new Extended Play on iTunes is one of my focus points this summer. We are also lining up shows in Southern California. Late August, we are knocking down this “Take Yo’ Time” video shoot. Just stay connected with me on Twitter and Instagram for more info.

Do you find it difficult, at times, to not put out mainstream tracks? I don’t look at my music as mainstream or underground. I just put out what I think my following will feel.