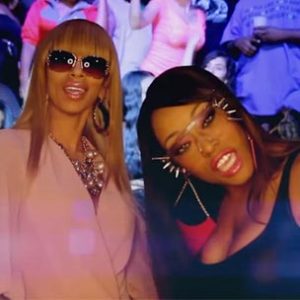 This past week has been a very exciting one for hip hop, as a fan favorite recently returned. Shawnna returned from her hiatus, earlier this year, and revealed she had a comeback mixtape in the works. After months of waiting, Shawnna released her long-awaited She’s Alive mixtape with DJ Pharris.

With Nas’ release of Life is Good and the following critical acclaim, Shawnna’s comeback has been overlooked. However, Shawnna made a triumphant return and she also delivered new visuals in the form of “Big & Fat.” The song is the first visual representation of She’s Alive.

Shawnna returned with “Big & Fat” with Chella H and both ladies enjoy a good night in the club in the middle of the summer. The Young Chop-produced song came to life in an epic way, as Shawnna put together the visuals to the song about her large “assets,” indeed among hip hop’s favorite topics.