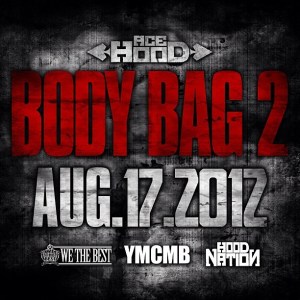 Two months have passed since Birdman revealed he brought DJ Khaled’s entire roster of We the Best, along with the label, to Cash Money Records. DJ Khaled became the most popular DJ in the South by 2007. Seeing how well he worked with the Southern artists, Def Jam named him the president of Def Jam South.

Upon taking over Def Jam South, DJ Khaled was also granted his own label, which became We the Best Music Group. The first artist signed was Ace Hood, of Florida, and he has since risen to stardom, but not on the level of his peers. Ace Hood has endured much struggle, but better days are ahead.

Officially a member of Cash Money Records, Birdman revealed he was eager to work with Ace Hood. After coming short of landing Maybach Music, Birdman secured the next best thing in Miami. Once he was officially signed to Cash Money Records, Ace Hood released his single, “B.L.A.B. (Ballin’ Like A Bitch),” and he is now going to release his Body Bag 2 mixtape on August 17.