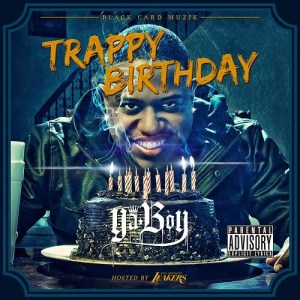 While newcomers are leading this West Coast comeback, several veterans have also enjoyed new energy in their careers. Ya Boy is among the West Coast rappers who have enjoyed much success in this new wave. Earlier this month, Ya Boy revealed he was working on his mixtape, Trappy Birthday.

Earlier today, Ya Boy released the official cover to his Trappy Birthday. With the cover being unveiled, the release date was also revealed. Several artists have chosen the month of July to launch their new projects. Ya Boy also joins in on this, preparing to release his mixtape on July 31.