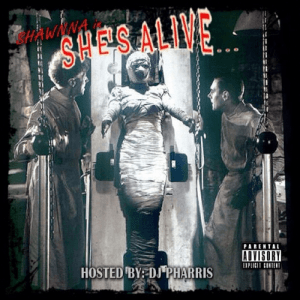 Nas is not the only veteran artist to return with a comeback project. Shawnna fell out of the public eye two years ago. Upon her spring 2012 return, Shawnna revealed she gave birth to a baby girl and has been taking care of her. With her daughter now two years old, Shawnna is preparing to make her return.

In April 2012, Shawnna revealed she would return with a comeback mixtape in the summer. Shawnna later announced the title of the mixtape would be She’s Alive, a pun for those who felt her career was “dead.” Over the past few months, Shawnna has put a lot into her new project.

A fixture on the Chicago hip hop scene, Shawnna teamed up with DJ Pharris for the mixtape and worked with Young Chop, among others. Among the guest appearances on the mixtape are Twista and Yung Berg.She’s Alivemarks the first Shawnna release in close to three years.