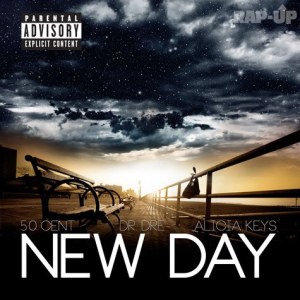 In the meantime, 50 Cent intends to introduce his followers to the album during the summer. There have been several ups and downs with 50 Cent since he took his career to the next level with Interscope. At times, 50 Cent appeared to be at odds with Dr. Dre, the man who helped mold him into a star.

However, 50 Cent has renewed his bond with Dr. Dre, featuring him on the first single from Street King Immortal. Alongside Alicia Keys, 50 Cent will release “New Day,” exactly a week from now, on July 24. Ironically, the release of “New Day” comes the same day Lloyd Banks plans to release his V6 mixtape.