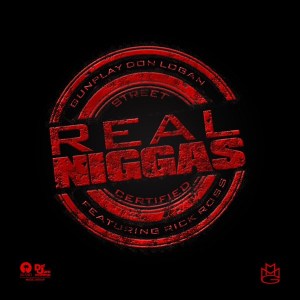 This summer, Gunplay has enjoyed much success, including having the opening verse on Maybach Music’s Self Made 2. Gunplay has opened up on how changes in his personal life have been reflected in his music. As a result of these changes, Gunplay has been more focused and has watched his popularity soar.

Currently, Gunplay is putting the finishing touches on two of his mixtapes. For months, Gunplay has been working on Bogota and 106 & Snort. Before the end of the summer, he hopes to release both mixtapes. In addition to the success of the mixtapes, Gunplay has also extended his contract with Def Jam.

Gunplay is preparing to take the rap game by storm. Today, Gunplay will continue this quest with Rick Ross. Their new single, “Real Niggas,” will be released this afternoon on the official website for XXL. At 3:05 pm, “Real Niggas” will officially be released.