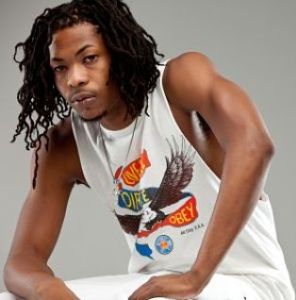 One of the biggest breakout artists of 2012 came from Atlanta in the form of Ca$h Out, who released his “Cashin’ Out” single back in February. Despite being released during the winter, the song became one of the summer’s biggest hits. Teaming up with the man who is the head of the “new Atlanta,” DJ Spinz, Ca$h Out was a major success.

Ca$h Out is the flagship artist of Bases Loaded Records and he went on to be signed to the L.A. Reid-led Epic Records. On Epic, Ca$h Out joined fellow Atlanta emcee, Future, who has enjoyed similar success. Many have written Ca$h Out off as a one hit wonder, but he has stated, several times, he has more in store.

This weekend, Ca$h Out proved this with the release of “Big Booty” and the new music video, “Turn Up.” Ca$h Out also had the opportunity to speak with The Source, discussing the success of “Cashin’ Out” and signing with Epic Records. With a strong platform, already, Ca$h Out has a bright future ahead, which he also discussed.