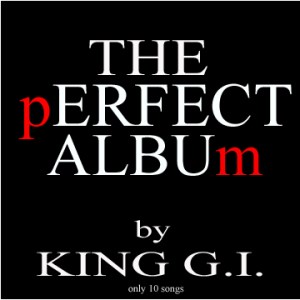 Many have proven it is possible to enjoy a successful career in hip hop without joining a major label. In 1995, King G.I. began recording music and built an impressive career, without going major. Seventeen years have passed since King G.I. began his career and he decided it was time for change.

In 2012, King G.I. revealed he was working on his next album, The Perfect Album. It would later be revealed by King G.I., that this album would be his final. King G.I. stated the album is a masterpiece. He credits the album as a masterpiece because he “mastered his peace.”

On July 4, King G.I. closed what has been a legendary career with the what he calls his best album ever. With a title like The Perfect Album, anything less than perfection would be a disappointment. The project features ten songs and has become another success for King G.I.

Continue Reading
You may also like...
Related Topics:king g.i., the perfect album